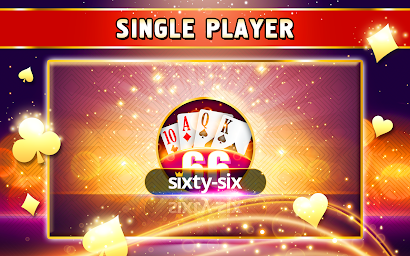 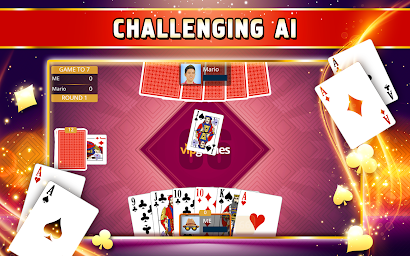 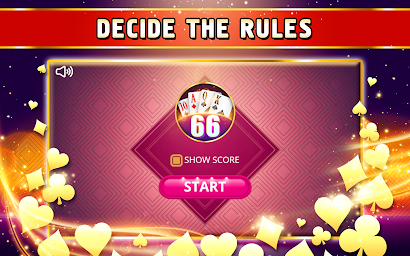 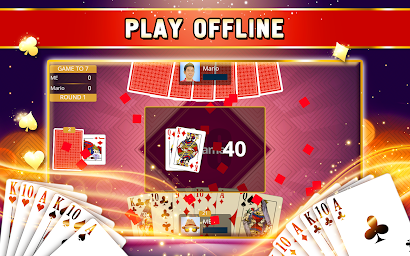 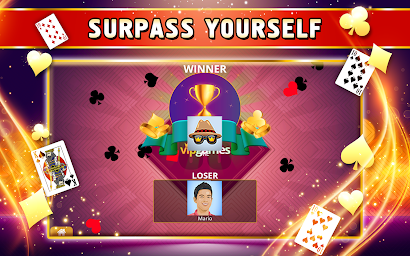 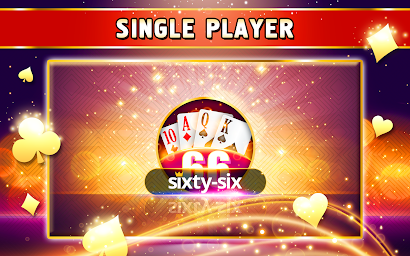 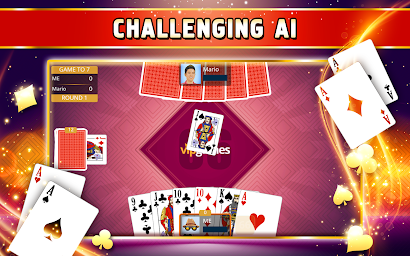 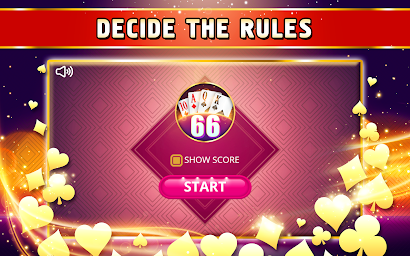 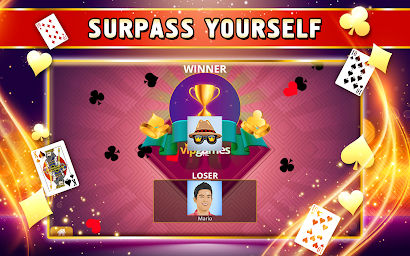 To download Sixty-Six Offline - 66 Single Player Card Game (Unlimited Money / Gems) APK and other applications at ApkSoul.net you should see the instructions below.

Sixty Six (66 or Sechsundsechzig) is one of the most popular classic card games for two in Germany, Austria, Croatia and other counties around the world, known as 66. The famous 2 player card game owes its reputation to its easy-to-understand and learn Sixty-Six rules.

Sixty-Six Offline is a challenging classical trick-taking card game and is played with a deck of 24 cards. The card ranking is as follows: A, 10, K, Q, J, 9. High concentration and thinking levels are required to be successful and for this reason, Sixty-Six is known as one of the best card games for two players.

Offline games, especially card games, are a great way to have fun during your free time. Sixty-Six Offline is the perfect companion to your daily travels, vacations and moments where you may find yourself without Internet access.

Fight boredom! Improve your strategies and skills as a Sixty-Six Offline player! Prepare to defeat every opponent when the time comes to jump to the next adventure – Sixty-Six Online! Until then spend as much time as you need by testing different tactics in our offline Sixty-Six card game!

We have done our best to make sure that Sixty-Six Offline has a very fast and responsive animation of cards for more realistic gameplay. If you are not an experienced card player or just prefer a single player experience, Sixty-Six Offline is the perfect game for you!

Our version of Sixty-Six is suitable for both beginners and experts. Test your skills and play Sixty-Six against our intelligent bots that recreate the authentic 66 experience you love!

In Sixty-Six, the main goal is to be the first one to score 7 win points. Each round that you win awards you a point. Whoever reaches 66 points in a round is declared the winner of the hand. Points are acquired when players win tricks. Players can also gather points by matching pairs of Kings and Queens. They grant you a bonus of 20 or 40 points once declared.

Sixty-Six begins with each player being dealt 6 cards with 1 card being turned up as a trump. Players do not have to follow suit until all the cards of the talon are dealt. A requirement to follow suit is present when a player decides to close the talon.

A player can decide to close the talon if he believes that he could win the remaining tricks with the cards in his hand and score 66 points. Once the talon is closed, players must follow suit if possible, otherwise trump.

Whoever holds the 9 (the lowest trump card) could exchange it for the trump that is turned up. The exchange could happen at any time as long as the talon has not been exhausted or closed yet. The first trick does not need to be won for the exchange to occur.

A player can stop the play immediately if he believes that he has collected the 66 points required for victory. If he declares it and is successful, he is declared the winner. If he is not successful, however, the opponent collects the points.

★ The ranks and values of the cards are as follows ★

★ Winning a round gives you ★

The Eagle: The worse 66 game that i ever played

A Google user: Opponent doesnt follow suit. Trumps then says it has a marriage. Dont download this game.