The ultimate battle between civilizations in the palm of your hand! 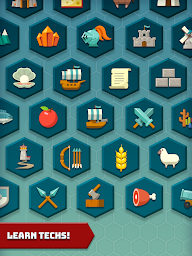 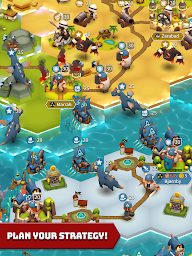 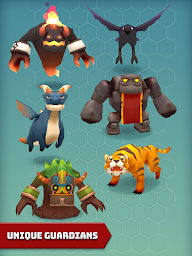 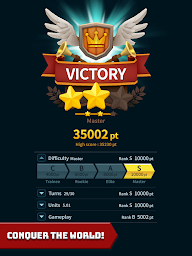 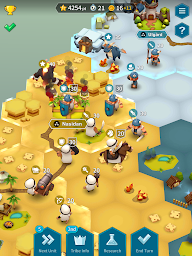 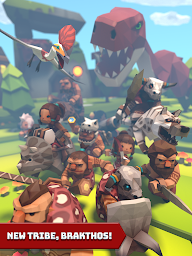 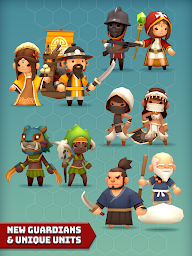 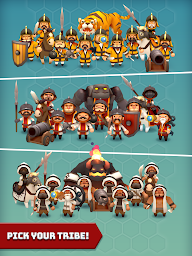 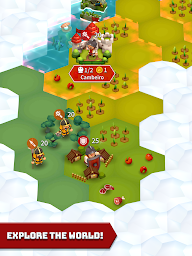 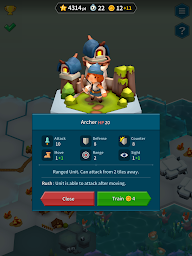 To download Hexonia (Unlocked/Money) APK and other applications at ApkSoul.net you should see the instructions below.

Hexonia (MOD, Unlocked/Money) ​is a strategy game, build a kingdom for your tribe and conquer neighboring lands to expand.

Are you a lover of tactical games? You want to find a game that helps you express your thinking ability and tactics? I can introduce you to some of the famous games today such as Clash of Clans or Clash of Royale, an emerging game, giving you the same experience as Civilization. Hexonia is known for being a strategy game, building empires based on colorful graphics. Participating in this game, you will be able to build a strong empire yourself, and conquer the realms in the neighborhood. First, let’s find out the context and story of Hexonia.

When civilization emerged, people became aware of the kingdom’s construction, developing and expanding the territory, as well as the time of the continent’s wars. Everywhere, villages and Emirates are built, vying for development. Gradually, enmity and jealousy began to appear, and the risk of conflicts broke out.

In this game, you will also have the right to hold a kingdom, and your mission is to build your kingdom and become stronger. So how to become stronger? Construct buildings, attracting people, economic development, territorial expansion, seeking resources, … through war. So, the first thing you need to do is to build a powerful army to carry out battles with neighboring kingdoms. Initially, you are provided with a small army. Then try to do the tasks to get more resources. Military units are also gradually unlocked, including Warrior, Archer, Cannon, Knight, Spearman, Swordsman, Bomber, Admiral, knight and more. Hexonia provides the ability to hide troops, and every time you have enough resources or gold, don’t forget to upgrade so they have more fighting ability.

As introduced, Hexonia is somewhat similar to Civilization. The playing process will start from the wild times. But the longer you play, the more modern the period will evolve, and the technologies will always be unlocked, updated. At that time, you could buy warships, cannons, and more high-tech weapons to take advantage of the war.

In terms of gameplay, the battles that take place on the map are made up of hexagons. You will move, or choose skills to interact with the opponent. However, you also need to calculate for each of your turns, because Hexonia is a strategy game. Your survival battle has begun. Are you ready to plan to fight them and develop your kingdom? Join Hexonia and experience it. Every challenge is waiting for you.

Q. Why do you need permission to install Hexonia Mod Hack (Unlocked/Money) ?

Hexonia (com.togglegear.game.hexonia) is a game mod apk on Android, download the latest version of Hexonia Hack Mod (Unlocked/Money) 2022 for Android. This game mod apk can be played for free and does not require root.

Hexonia MOD APK (Unlocked/Money) APK + OBB 2022 can be downloaded and installed on your android device with android version 4.1 or higher. Download this game mod apk using your favorite browser and click install to install the game mod apk. Downloading (com.togglegear.game.hexonia) APK + DATA of Hexonia (Unlocked/Money) from ApkSoul.net is easier and faster.

Eat Chicken: Fun, Fast and Easy to play. Two complaints however, One is that my achievements aren't carried onto google play. For example I have gone through all of the difficulties and completed all of the achievements, but I still have seven missing on google play. Two is that I want more characters that you dont have to purchase. Overall amazing game. Good bye

Pauline Shirey: this game is cute and fun but becomes repetitive quickly as there are very few achievements. the only goal is to play a perfect round of each difficulty with each tribe, but the AI appears to have a clear advantage, able to develop and train troops much faster than the player ever could. the harder difficulties then, are not much fun and simply luck of the draw if the computer decides to stomp you immediately or not. fun for a few days but don't invest in it.

Patrick Murray: Great game, absolutely worth playing. The big knock is that it gets repetitive quick, there aren't a lot of acheivements to reach for, and all the 'unlockables' are stuck behind a paywall. I don't mind throwing a few bucks at a game, but this one is particularly money hungry. Yes, you can unlock everything eventually without putting money in, but the progress is so incredibly slow that it's not worth trying. I've unlocked all the acheivements, and unlocked zero new civs/units. Dumb.

Hannah B: Great fun! Needs tweaking and updates. I have been playing for almost 2 months and have unlocked 2 tribes as well as some unique units and guardians. I play with my spouse and we would LOVE a multiplayer option! The biggest issue I have is that playing the game doesn't feel worth it unless I am doing the daily quests, it does not reward for playing or winning outside of that. There are also some bugs with the AI I have run into, like full healing when they should not be and DMG discrepancies.

A Google user: This game is a complete copy of Polytopia, but with a few changes. Really, Midjiwan deserves the credit for this game, not Toggle Gear. But the few differences are fun, and I really enjoy them. Only a few problems keep it from being five stars- when you unlock unique units (without real money, thankfully), the computers never use them. The music is pretty but there's only 4 songs, please make more! But those are small, it's a fun game :)

A Google user: Overall i'm pretty satisfied with the game. What I really like about the game is the graphics are simple and pleasing and the ads are tastefully put throughout the game. They arent overwhelming. One thing I think could be fixed is having an undo button for moves, not attacks though because that would be a little overpowering if you could undo an attack but undoing an accidental move in the wrong direction wouldn't be bad.

A Google user: I love the game and though its replay value is low and I think you should be able to unlock the tribes without using real money, I like how it's a simple strategy game. I give two stars for these reasons but also because the AI gets excruciatingly hard way to quick. I think a rework is needed. Please keep developing and working on the game! I'd love to come back to it after a rework or two.

A Google user: A Polytopia copy. However the graphics are more crisp and clean. There is more challenge to the gamplay as the ai is better in most aspects. There is more strategy involved as there is much more than catapult, and battleship spamming. There is a lack of class diversity though, as there are only a few different empires. The only negative would be that empires instantly attack you, meaning that there is less time to prepare your army. In short this game is a much more polished and fun version.

A Google user: Wonderful simplified civ-type game. Nice looking 3 dimensional models and environments built into a hex grid really help with the feel of the game, and for the mostpart the controls are well built and easy to use. A must-play for anybody looking for a tough, yet fun, strategy game. That said, this game is far from complete. A.I difficulty seems to have been achieved simply by giving them more resources, and units like the archer and cannon need a nerf.

A Google user: Its a great game but I purchased 3 new tribes, 2 of which my PayPal was charged twice for and have yet to be unlocked... That's pretty sleezy since I still can't play the new tribes. As for the game itself, its a pretty good strategy game at its base, but the difficulty ramps up pretty fast and on higher difficulties it becomes a matter of throwing units at your enemies without a chance to upgrade city development. Also, it's clear that the enemy AI cheats its resources to get an advantage.